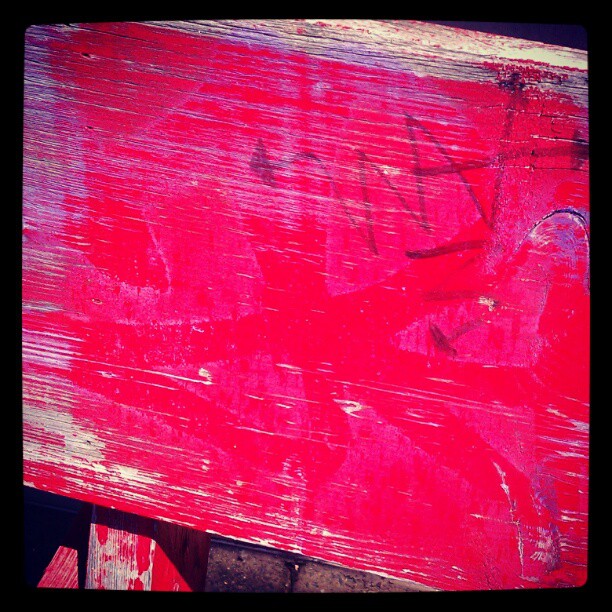 Last weekend met some friends in Charlotte for a girls weekend. I sat on this cool bench while waiting for a taxi and nearly ended up on the pavement. Apparently it was NOT secured to the ground, or anything, and the other end flew right up in the air (picture my flailing limbs). Regardless of the almost-landing-on-the-pavement incident, the bench was cool, not to mention on trend with pink & red.

More trip photos after the jump! 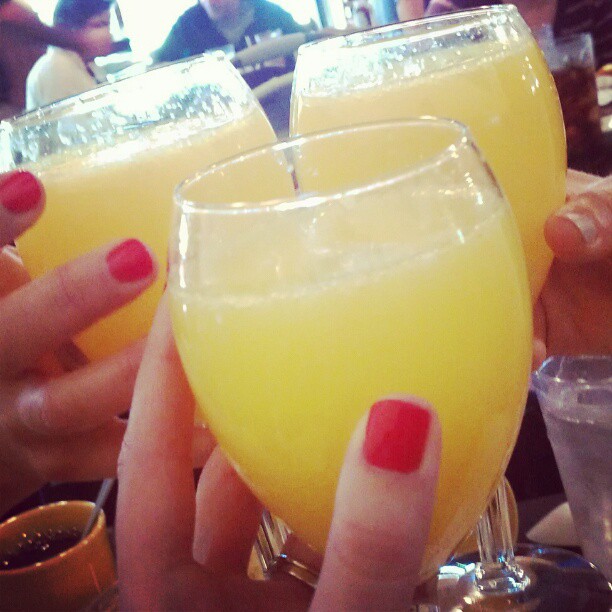 Mmmm, mimosas and a long brunch at Toast of Dilworth. I was stuffed after eating eggs benedict, biscuits and gravy and a taste of stuffed french toast. Yum! 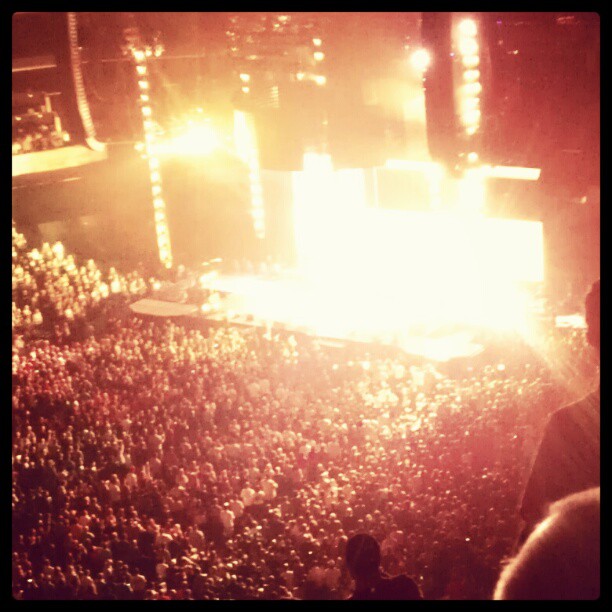 The reason we went to Charlotte was to see the opening show of the Red Hot Chili Peppers. SUCH A GOOD SHOW! I saw them while I was in high school, however, I don’t remember much from that night…ya a wild night, so it was like I was seeing them for the first time. Although I must say, I’ve had a few amazing concert experiences (think front row, floor), that make all others not quite as amazing. 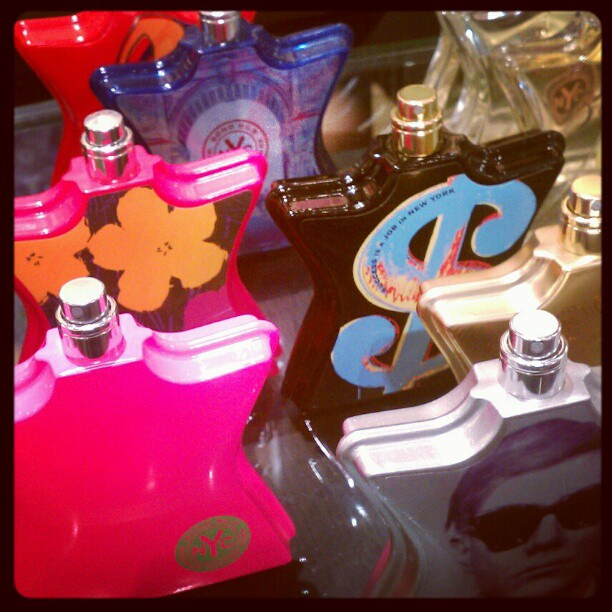 What’s a girls weekend without a little shopping? While in Neiman Marcus we smelled something amazing. A lady had walked in front of us and her perfume was worth following. We literally sniffed around until realizing it was indeed her, and asked her what she was wearing. She just happened to be a saleswoman for Bond No. 9, and she had mixed two of their fragrances together (Central Park West and Nuits de Noho). You could say we left the perfume counter with a lot of samples and one of us purchased one of the very expensive bottles of perfume (not me). The saleswoman loved us because we called her delicious. 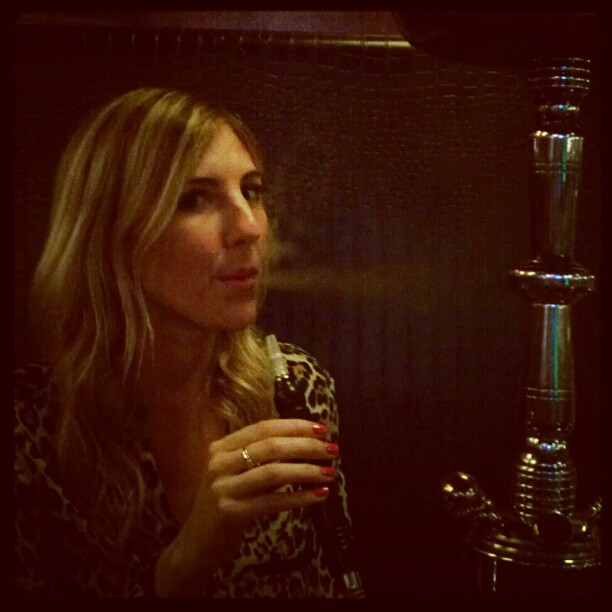 None of us had ever smoked hooka, and we found a fun dessert bar, Crave, that had it so we were all about trying new things. It was fun. Not very “mind altering” if you know what I mean. You’d have to smoke a lot of it to feel much of a buzz. But it was still fun. We got a mixture of blueberry and lemon in our hooka. We also got a pot of s’mores and roasted marshmallows on a mini fire pit on our table. Definitely a fun experience. 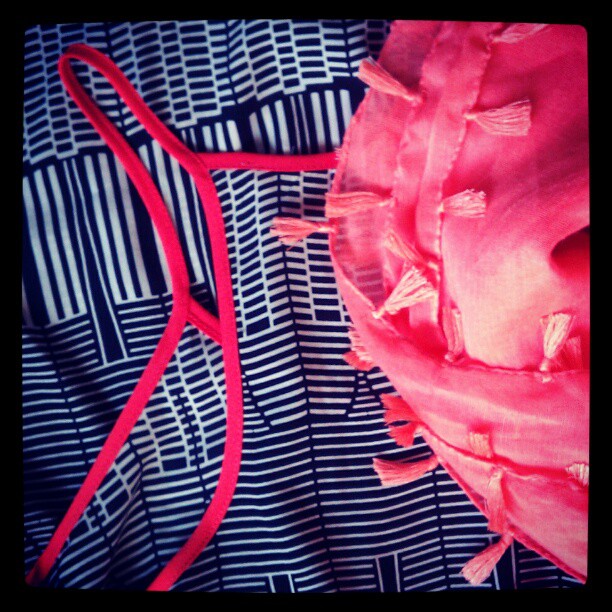 A few goodies I picked up at Neiman Marcus in Charlotte. That tassel scarf is so soft and came in so many colors, so we each got one in a different color (I couldn’t believe it was only $18!). We decided we need more girls trips, with two traditions: Find something we can each buy in a different color/style as a memento, and to try something new. I suggested sky diving for our next trip… they weren’t too keen on that. 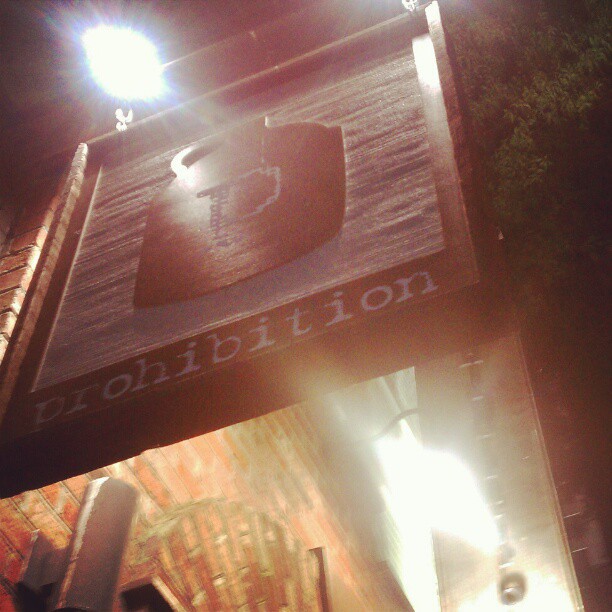 We ended our finale evening at Prohibition. I’m kind of in love with that name for a bar. 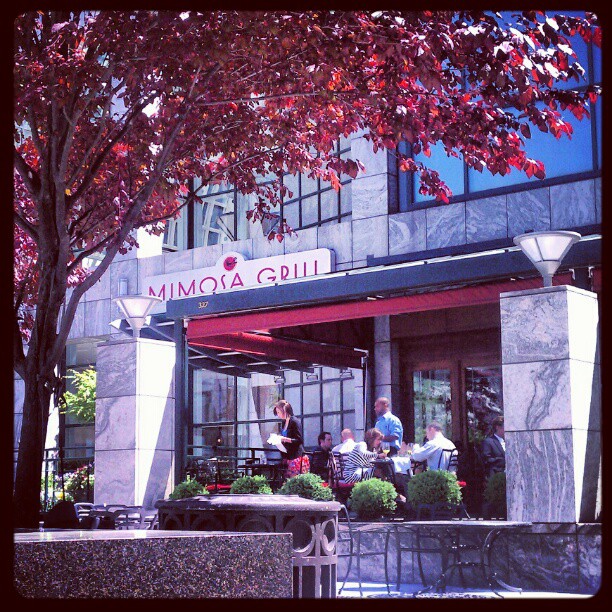 Easter morning we went to Mimosa Grill for brunch. Without reservations we scored a gorgeous patio table where we sat for probably too long sipping our coffee after a late night out. We just happened to stumble upon this place while walking around downtown trying to find somewhere that was open! I’ve learned since moving east that “brunch” on this side of the country doesn’t start until noon (like the restaurant probably isn’t even open until then), and that many people consider going to brunch at 2 p.m. totally normal. Well folks, I grew up in Kansas City where we got up early on Saturday morning and took care of all of our errands, yardwork, etc., and brunch is at 10 or 11, or noon at the latest. Just an interesting tidbit for ya. In my opinion, brunch is good at any time! Breakfast is the one meal that I’m not that picky about. 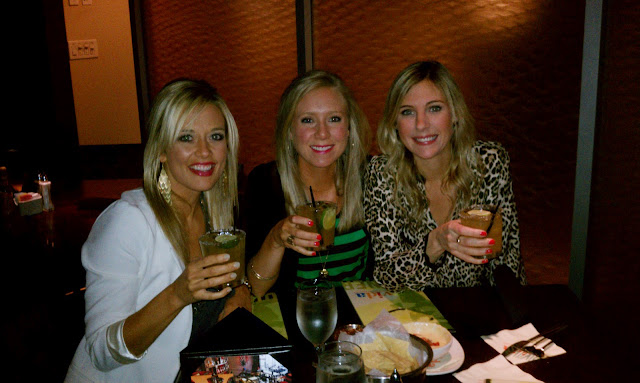 A margarita cheers at Vida! Thanks to my friends for a wonderful weekend!
(From the left: Beth, Margaret, me)
I must say thanks to all of the people (police officers, waitresses, people at the concert, a girl at Neimens) who nicely took our photos repeatedly until my friend, ahem Beth, was satisfied. 🙂